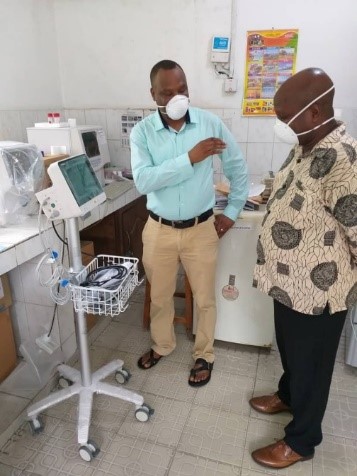 With the coronavirus pandemic, Henry was unable to go to Tanzania in April as planned. Tanzania has locked down the country and anyone coming in will be quarantined for two weeks. Like much of Africa, initially Tanzania had few cases and was unaffected until mid-March. Unfortunately, unlike Uganda that had a great deal of epidemic experience from the Ebola virus, Tanzania ignored the international advice on banning gatherings until the coronavirus cases started to appear. Early in the pandemic people were encouraged to attend churches and mosques to pray.

The cases first appeared in a few major cities and border areas. Dar es Salaam, Tanzania’s largest city, has 6.7 million people and massive crowding. By comparison, New York City has 8.8 million people. By April 17, 147 cases were diagnosed in Dar es Salaam. By April 29, there were 480 confirmed cases in Tanzania. Since then, the Tanzanian government has stopped publishing the number of cases. According to a report from the U.S. Embassy in Dar es Salaam, the hospitals in Dar are now being overwhelmed and the chances of contracting the virus is very high.